Three sisters came from Saint Walburg Convent in Eichstat, Bavaria to the United States in 1852 at the invitation of Rev. Boniface Wimmer, OSB. later Archabbot of Saint Vincent Archabbey, Latrobe, Pennsylvania. Led by Sister Benedicta Riepp, the little band settled in Saint Mary's, Pennsylvania, the place from which missions and convents developed rapidly over the next 50 years.

In 1878, the first attempts were made to join the independent houses into a congregation. On February 25, 1922, the Apostolic See approved the Constitution and grnted official approbation to the Congregation of Saint Scholastica. This congregation consisted of ten monasteries in seven states.

In 1974, the "Congregation" was designated "Federation" of Saint Scholastica to more accurately reflect the actual nature of this monastic structure. Today there are seventeen monasteries in fourteen states and Mexico. The Constitutions, call Call to Life, were first published in 1974. After several revisions, they were given formal approval by the Comgregation for Religious and Secular Institutes on February 10, 1988. In 2010 the Chapter of the Federation approved new Specific norms of Call t Life. At the 2014 Chapter there were very few minor changes to the 2010 edition.

Presidents of the Congregation/Federation of St. Scholastica

Histories of the Federation of St. Scholastica

The Benedictine Congregation of St. Scholastica: Its Foundation and Development (1852-1930)

Climb Along the Cutting Edge: An Analysis of Changes in Religious Life

Gratitude for the life of Sister Johnette Putnam, OSB 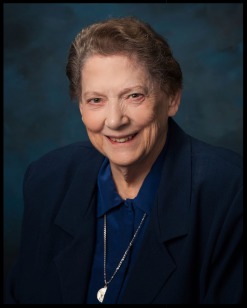 Sister Johnette Putnam, OSB, 84, a Benedictine sister of Mount St. Scholastica, Atchison, Kans., died Sunday, February 4, 2018, at the monastery. The vigil service will be Thursday, February 8, at 7:00 p.m. in the monastery chapel and the Mass of Resurrection will be celebrated there Friday, February 9, at 10:30 a.m.

Born in New Orleans, La., Sister Johnette was a member of St. Scholastica Priory in Covington, La., until it closed in 1988 and she transferred to Mount St. Scholastica in Atchison. She taught in grade schools in Louisiana and was a principal for several years. From 1958 to 1968, she taught at St. Joseph High School in Chauvin, La., and St. Scholastica Academy in Covington, La. She held a B.A. in English from Mount St. Scholastica College, M.A. in theology from St. John's University in Collegeville, Minn., and an honorary doctorate from Mount Marty College in Yankton, S.D. In 1968, she was elected prioress in Covington and in 1978 became president of the Federation of St. Scholastica, an organization of Benedictine monasteries. She held this position for 12 years and then was a retreat director at Sacred Heart Monastery in Cullman, Ala., before moving to Atchison. There she served as director of Sophia Center from 1992 to 2003 and helped launch Souljourners, an ecumenical program for training spiritual directors at Sophia Center. She wrote many articles and gave lectures and workshops on monastic life, community leadership, liturgy, and spirituality.

Sister Johnette was preceded in death by her parents Gorham and Georgiana Serpas Putnam, by her brothers Charles, Joseph and S. Jerome, and a sister, Emilie Nicaud. She is survived by her twin brother John (Dot) of Tierra Verde, Fla., nieces and nephews, and her monastic family. Arensberg Pruett Funeral Home (www.arensbergpruett.com) is in charge of arrangements. Memorials may be sent to Mount St. Scholastica or made online at the Mount's web site (www.mountosb.org).

Association of Benedictine Colleges and Universities